The Fourth Door by Paul Halter 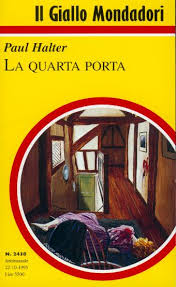 Henry has had the gift since he was a child. He could perform spectacular magic tricks and bedazzle his audience with his skills as an acrobat and a conjurer. Henry lived with his father and mother, in a little village outside Oxford. Tragedy struck and Henry's mother was killed in an accident. Henry's father, Arthur, turned to a medium for solace.

The medium called Alice Latimer lives with her husband in a haunted house close to Henry's. One day Arthur is badly attacked, and left to die. His son goes missing and is blamed for the attempt on his father's life. Henry's best friend and the Latimers claim to see him at the same time at two different railway stations, but how can one man be at two places at the same time, is someone mistaken or another clever trick by Henry.

A few years later Alice Latimer, wants to do a seance and drive out the malevolent spirit from the haunted house, her husband, Patrick Latimer, offers to lock himself up in the haunted room and face the wrath of the enigmatic spirit. In front of witnesses the room is locked and sealed from outside, there is no way to either get in or out, a classic locked room, and where there is a locked room, murder can't be far behind. Poor Patrick is found murdered, but on careful scrutiny it is determined that the murdered man is not really Patrick. As more and more mysteries keep piling, the dead bodies also start piling up.

Paul Halter has been crowned the king of locked room mysteries and a successor to John Dickosn Carr, but does such an opulent title really suit him and his work?

Halter has his share of flaws, the writing style is a bit erratic, sometimes he will skip months and years in the book in just two lines. you can notice other writing anomalies like the constant habit of characters to leave sentences unfinished also unlike Carr, Halter is not a good "describer", he does not spend too much time and words on describing places and people, this some people might say is actually a good thing.

The mystery is quite cracking, its brilliantly plotted and thought out. The book has a nice twist ending which this reader did not see coming. The reader is treated to not one but two impossible murder both well explained and completely plausible. Even little tricks which add to the mystery are not missed and the author provides a satisfactory explanation. Fair clues are provided to the reader to try and catch the murderer and solve the locked room.

Halter does not forget to pay homages in the book, there are quite a few references to Carr and his works, like discovery of dead bodies in a piece of furniture remind you of The Ten Teacups, there are references to other mystery authors and their work like Agatha Christie's Pale Horse. Halter also bases one his characters on Houdini, and talks a bit about his life and times, this provides the book the same touch that Carr books had, a base and some extra awesomeness for the readers to absorb. 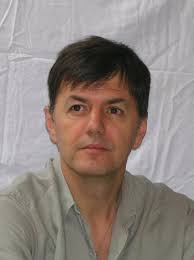 Halter is a french author whose works have been translated in English by John Pugmire, his books are imported in India and they demand quite exorbitant prices. This is the only impediment that I see in me  getting to know more about Halter's works.

I will rate this as one of the best book that I have read in a long time and would like to say that his title as the reigning master of locked room mysteries is well deserved.

The Fourth Door comes close to a modern masterpiece of the locked room genre. To miss it would be a crime and to embrace it is to serenade the sublime.