Inside the Kingdom by Robert Lacey


"Nothing is easier to denounce than the evil doer. Nothing is more difficult than to understand him"
- Fyodor Dostoevsky


Saudi Arabia, elusive, Islamic kingdom known to us as the land of Osama Bin Laden, Mecca and Medina. Saudi Arabia is notorious for its strict laws against women's right and opulent displays of wealth derived from its large reservoirs of oil.

The author, Robert Lacey takes us through a journey to explore Saudi Arabia and get to know it more intimately. Saudi Arabia is a monarchy ruled by the house of Saud; Almost a century ago Ibn Saud captured large swathes of land in the middle east, wresting them from various tribes and fiefdoms. The house of Saud married into rival tribesman to create an oligarchy that has persisted for almost a century now. Ibn Saud, followed by Kings from his family : Saud, Faisal, Khalid, Fahd and then finally Prince Abdullah; have been the reigning monarchs in Saudi Arabia controlling the populace through the Army, their wealth created from Oil and Wahhabism.

Wahhabism is a branch of Sunni Islam, which advocates return to monotheism and it is very puritanical in nature. Saudi monarchy has used Wahhabism as a tool to showcase them selves as good Muslims, pumped billions of dollars to spread Wahhabism and given unmitigated power to their preachers. In return Wahhabis have ensured mutual support and loyalty to the monarchy. The relationship between the Saudi Monarchy and the Wahhabis is reminiscent of the symbiotic relationship between the fascist regime and the Roman Catholic Church, read more about it here:
Pope and Mussolini 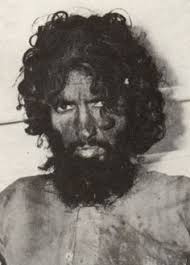 Saudi Arabia is home to Mecca and Medina, two of the the holiest shrines in Islam, the latter being the resting place of the Prophet of Islam, Muhammad.  Mecca being the birthplace of the prophet. In 1979, the Muslim world was shocked when a Wahhabi and his followers took over the grand mosque in Mecca, this man was Juhayman, a wahhabi rebel who wanted to end the rule of the "un-Islamic" monarchy of Saud, The Saudi authorities raided the Mecca complex and flushed out this gang of fanatics. Scores were killed and even more injured, the Saudi government had woken up from its stupor and realized that a gang of radicalized youth could take down their government.

Saudi's always had great relations with the US, US was dependent on Saudi Arabia for Oil and the latter for US arms and technology. Everything changed after 9/11; one of the strongest middle east ally of the US had produced 15 out of the 19 hackers who bombed the world trade center towers in lower Manhattan. Diplomats on both side were shocked, after 9/11 the relationship between the two countries has declined. Though there are still strong military and economic ties.

Middle east is an unstable place, where regimes can fall overnight and friends can become enemies on the drop of a hat, America is a powerful ally to have. When Saddam, who was for years supported by Saudi Arabia went rouge it was the American forces who came to the rescue and within days disposed off the threat from Iraq. This led to an unexpected consequence, America who already was viewed as a supporter of Israel, and suppressor of Muslims had now stationed its troops in the holy land of Muslims. Osama Bin Laden and his creed viewed this as the greatest threat to Islam and went on to Jihad. This was the most critical factor in the foundation of the Al Qaeda. Bin Laden became anti Saudi regime along with anti US.

Photo of Saddam and King Faisal

The book not only focuses on politics of Kings, oil and terror but also takes the reader on how ordinary men and women live in Saudi Arabia, their trials and tribulations. The book becomes a social science lesson. The book gives insight on treatment of minorities, especially Shia, freedom to women, impact of living in a monarchist theocracy. Some very interesting stories come out of all of this, chief among them: Homosexuality among women in Saudi Arabia is rampant, public executions are a reality, and the Saudi Monarchy is a necessary evil.

I loved this book, it is excellently written and lifts the burqa from Saudi Arabia. I think I have a certain understanding of Arabs and their tribal way of life, its still tribal even if they are very very rich; they seem less intimidating to me now. I understand that they have their own life and own set of beliefs, which they are happy to abide by and one cannot force one's values on others if they are happy with what they have got.