The Secret Adversary by Agatha Christie

Plot Summary : In London 1919, young Tommy and Tuppence are on the brink of destitution, both are out of jobs and the two old friends are in desperate need of money. They come up with the idea of "The Young Adventurers, Ltd ", where they plan to get hire as adventurers and will do any job, provided the money is good. A man called Whittington, overhears their idea and employs Tuppence, but then mysteriously disappears. The duo search for Whittington and discover that he works for Mr Brown, a criminal mastermind whose identity is incognito to even those who are most close to him.

Mr Brown is after a treaty which was drafted during the great war but got lost, this treaty at no cost should fall in Mr Brown's hands because if it does then it will ensure a revolution which might bring down the British Government. Tommy and Tuppence are now hired by the government as spies, who want them to find out as much as they can about this enigmatic business. The only problem is that the mysterious Mr Brown is watching their every step, more closely than they can ever imagine.

The dedication of the book reads:

Sometime ago, a read a very unfavorable review about the Tommy and Tuppence series. I knew these books were not murder mysteries and that they fall more in the James Bond type spy thrillers. This was enough reason to put me off from the series, but recently I saw that this book is available for free on Gutenberg and so downloaded it on my iPad and gave it a go. After finishing the book I can say that I enjoyed the first in the Tommy and Tuppence series, and I felt that my prejudice against the book was unfounded. The book is an easy read and you can finish it in a couple of afternoons, it s a fast paced thriller with unexpected turns and twists. The language in the book is a bit old fashioned but you can expect that from a book written 90 years ago. 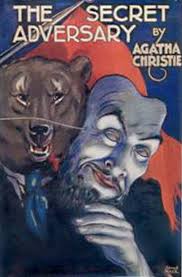 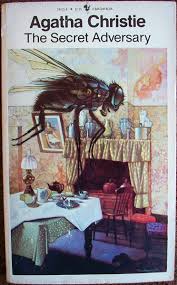 Some parts in the book are quite close to pure absurdity, for e.g.  how could seasoned criminals be coaxed into believing lies which are spun by a mere boy(when Tommy is kept hostage) or why would a top secret government agency hire a couple of amateurs to do spying, have all their spies taken a vacation? On top of that why does Mr Brown create such an elaborate hoax to pry information out of a certain individual, when I'm sorry to say but he could have tortured it out of her. Also when Tommy disappears for days would not any sensible person in this case Tuppence, contact the police with a photo of her lost mate?

The mystery of the identity of Mr Brown is quite nicely done, you never know who Mr Brown might turn out to  be and that makes all the characters in the book a suspect. Christie uses a very clever method to throw the reader off the track, a similar method was also used in "The Moving Finger", the reader becomes sure that he know the identity and then bam! The Queen of Crime throws a googly.

The other good thing about this book is that all the stuff in here is new, it fresh material for me and uses none the Christie tried and tested formulas. I enjoyed reading about a few characters like the evil Mrs Vandemeyer and the pugnacious American Julius Hersheimmer. I did think that the two spies in this spy thriller really do belong to 1922.

I'm rating this 3 out of 5 stars, expected nothing and came out a bit surprised.

Where can you get it? Its free, just download it from gutenberg. 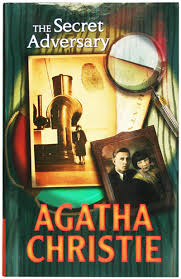