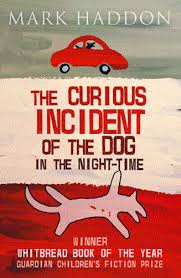 Wellington is dead. He has been stabbed with a pitch fork, Christopher lifts him in his arms and gives him a hug, his shirt gets soaked with blood. Mrs Shears walks in, and starts shouting in disgust "What the fuck have you done to my dog?". Mrs Shears calls the police, when the police arrive they found Christopher lying down with his head between his knees. The Policeman tries to lift Christopher but Christopher hates being touched and hits the policeman, he gets arrested.

Christopher is then bailed out from Jail by his father, but Chris is bent on finding out who and why did somebody murder a dog? Chris is a child with special needs, and during his investigation and adventure he takes the reader through his world and how he perceives our lives.

It is not explicitly mentioned what Chris suffers from, but his symptoms are most similar to Asperger syndrome, high functioning Autism or Savant Syndrome. Christopher is a likeable and funny character who is also the narrator of the book, although  he tries not to funny. Chris is good with Maths and Science but not with people, he finds people illogical and often dreams of a world without them.

Book has more than its fair share of interesting facts and quirks, Chris names the chapters after prime numbers instead of cardinals, Chris is an erudite in many fields and keeps throwing amusing and engaging facts. E.g. The Monty hall problem : Suppose you're on a game show, and you're given the choice of three doors: Behind one door is a car; behind the others, goats. You pick a door, say No. 1, and the host, who knows what's behind the doors, opens another door, say No. 3, which has a goat. He then says to you, "Do you want to pick door No. 2?" Is it to your advantage to switch your choice

Anyone remotely interested in Science and Maths would love this book. 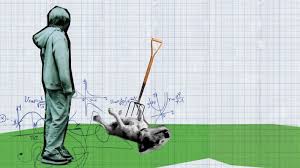 Chris would have been an excellent modern day Sherlock Holmes, owing to his photographic memory and deduction skills but he would end up being the worst detective because of his inability to understand human nature. Holmes is his favorite detective but Doyle is someone who Chris does not like, on account of his belief in the occult and supernatural. It's funny how somebody so superstitious created someone so logical and rational. Chris in the end is able to solve the murder of the dog but in the process also discovers some hidden and even more disturbing truths.

This book gave the unique opportunity to understand how people with special needs perceive us and our world, it also breaks some myths about them and why do they behave in a certain manner. Mark Haddon wrote on his blog: "curious incident is not a book about asperger’s....if anything it’s a novel about difference, about being an outsider, about seeing the world in a surprising and revealing way. The book is not specifically about any specific disorder"

That sums up my thoughts on this Whitbread book of the year 2003, not exactly a mystery novel but a book which encompasses a range of genres and emotions. 3.5 stars out of 5.

where can you buy it? I got it from Flipkart for 250 bucks