A stranger has arrived in a quaint little English town, 'Blackfield', the stranger hides his identity from the townsfolk and is wearing an obvious disguise(at least for the reader). The stranger is in town to investigate a decade old locked room/impossible murder. Richard Morstan, while putting up a magic show for his kids and children of the town, preps up a room in such a way that it is divided into two parts via a curtain between the room. On one side of the curtain are the children eagerly waiting for the kind man to show them his tricks and on the other side is Morstan preparing his conjuring tricks. They waited...nothing happened...they went to have a look...Morstan was dead. Murdered. A murder no one, absolutely no one, could have committed. Any yet Morstan couldn't have committed suicide.

The room was inaccessible, the entry points of the room was watched by multiple eyes. Was there a phantom killer at work? and who is the stranger investigating this case after the police could not solve it for 10 years. 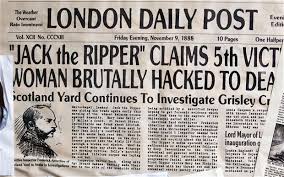 Another locked room murder with a fascinating premise and a very interesting back story. Paul Halter has mastered the art of creating a dreadful atmosphere, and in this book he has taken it to a crescendo. The story not only takes us through a dark and twisted murder but then the author after building up his characters takes us through part two of the story which is even more delectable than part one.

The author masterfully transitions the reader from dark and brooding Blackfield, where there was a locked room murder, to ominous and foreboding London where the most infamous serial killer stalks his victims. Yes, part of this story deals with Jack the Ripper.

Paul halter, has this habit of compounding big mysteries in his stories. All authors do it Carr, Christie, Ellery Queen but they have a main murder mystery and then have more smaller mysteries to carry the story and add more pages to the book. Paul tries to take it to the next level, add major multiple plots in one book, in the past he completely messed up when he did this with "The Seven wonders of Crime". Paul goes and redeems himself in this wonderful little book, he is able to tackle both the mysteries well, because he gives both of them enough space. Characterization is also done very well, the characters are all well fleshed out; their psyche, their motives are all very well done.

Where the books fails is a) the solution to the impossible crime is pretty weird and campy, not at all like his superlative works "The Fourth Door" or "The Demon of Dartmoor".
b) Some of the disappearing tricks are explained really poorly! Even an infant could make out that the author did not put a lot of thought behind those.

Although these sound like major complaints and for readers they might as well be, for me the ambiance of the book and feel of well written mystery combined with a full glass of Glenlivet on a cold Delhi winter night completely nailed it. 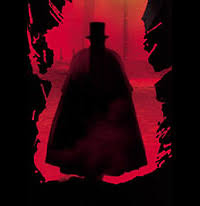