Kashmir: The Vajpayee Years by AS Dulat

AS Dulat, is an erudite on the subject of Kashmir and also ex RAW chief, India's premiere Intelligence agency. In Kashmir, the Vajpayee years, Mr. Dulat shares his opinions, thoughts and experiences on the conundrum that is Kashmir. The author has spent a lifetime in Kashmir and knows all the power players personally. His work on Kashmir for the IB, RAW and the PMO make him a considerable expert on the subject.

Mr. Dulat is an ardent advocate of dialogue with all parties involved. During his lifetime he engaged in dialogue with Kashmiris from all walks of life, which included hardened separatists and even Pakistan backed terrorists. From his understanding there are two ways to untangle the 'Gordian knot' as he calls the problem of Kashmir either we blow the Kashmiris to hell and destroy ourselves in the process or talk to them and come to a mutually acceptable solution. Kashmir is a Muslim dominated state who at the time of partition was ruled by a Hindu ruler, Raja Hari Singh, the King of Kashmir was still contemplating on which direction to go whether to stay with India, go with Kashmir or become a sovereign state. This is when the Pak army invaded Kashmir and Hari Singh's hand was forced to accept the help of Nehru. Indian Army was lodged in Kashmir and has not left since.

In many ways the local Kashmiri sees the Indian Army as an occupier. Not quite unlike the Americans in Iraq. Some of them have been won over by the Indian side, others are mostly driven either by the delusion of Azadi or the machinations of the ISI. The book takes us through all the major players from the leaders of the Hurriyat to the major political parties of Kashmir. While the book is titled Kashmir: The Vajpayee Years, there is very little of actual AB Vajpayee in the book.
Don't get me wrong, Mr. Dulat admits that Vajpayee was India's best hope to resolve the Gordian knot but the real hero of this book is Farooq Abdullah! 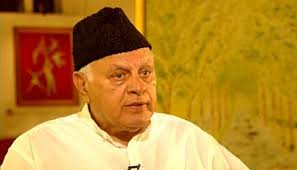 Farooq, the former CM of Kashmir is best described as a patriot by the author. Farooq understands that the future of Kashmir lies with India and not the failed state of Pakistan, who is being cropped up only through American and Chinese moola. Farooq on countless occasions has helped New Delhi resolve crisis in Kashmir. A secular person by nature and a heavy drinker, Farooq also come off a genuine person in the book. It seems the Ex RAW chief and the author of the book, Mr. Dulat shared a cordial and friendly relationship. Mr Dulat also sheds light on Omar Abdullah, son and ex CM of Farooq. Mr. Dulat believes that along with Omar, Mufti Mehbooba, Sajjad Lone and Mirwaiz are the four players who will determine the future of Kashmir.

Mr. Dulat spares no praises for Vajpayee and applauds him for his outreach program both with Kashmir and Pakistan, even after the stinging betrayal by the faithful in Kargil. People of Kashmir still remember Vajpayee with fondness and perhaps a second Vajpayee term would have brought closure to this seemingly perpetual problem. Alas, that was not to be and in came Dr Manmohan Singh, whose colossal blunders led to the burial of any hopes of reviving the Kashmir solution. The author in detail talks about why Vajpayee's talks with Musharraf failed, reason was the Dy. PM LK Advani. Musharraf went all out to woe Vajpayee, but forget to pander to the vanity of the hardliner thus dooming any chances of a solution.

Book also touches on the doomed race of Kashmiri Pandits and they can perhaps seek consolation in the fact that the Kashmiri Muslims are actually Saraswat Brahmins and they cannot change their DNA even if they changed their neighbors.

Mr. Dulat also sheds light on Brajesh Mishra, NSA and right hand of Vajpayee. A man so powerful and brilliant that his mere 5 years in the PMO transformed India and the babudom. Perhaps one day we will get to know more about him through a book on him.

The author has written a straight forward book on the events and personalities of Kashmir. He emphasizes on dialogue with the Kashmiris and anyone else who wants to talk. He chastises the Modi government for not continuing Vajpayee's initiative.  Perhaps by defeating Vajpayee in 2004, people of India made BJP lose the battle but Kashmir lost the war.

The prose of the book is quite readable and short stories and gossip about people like Yasin Malik's Paksitani wife and authoritarian mother in law etc. make the book even more interesting. As compared to books written by pretentious journalists this one comes off as a honest portrayal of events and people. It seems like your friendly, slightly drunk Punjabi relative is describing the Kashmir problem and its solution.

One anecdote which made me laugh and feel disgusted at the same time was when Vajpayee was on an official visit to Pakistan. Musharraf was supposed to come and meet Vajpayee. It is protocol for the Army chief to salute the visiting head of state, but how could the commander of the Muslim Army salute the PM of an infidel, pagan state? So just to avoid saluting the PM of India, Musharraf conveniently forgot his hat and apparently if you are not wearing your hat as per army protocols you can skip the salute.