What to read on Halloween? 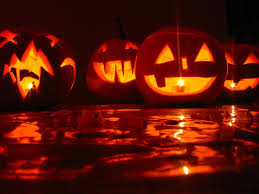 It's that time of the year when the dead come back to haunt the living. Halloween reminds one of jack-o-lanterns, trick or treating and the Simpson's Tree House of Horror specials. I have made it an annual ritual to have a horror movies marathon or to read a mystery book with elements of the supernatural on this most dreadful day :O

So, on this Halloween if you are looking for a bit of murder, a bit of mystery and spine chilling, blood curling horror, then read on..... 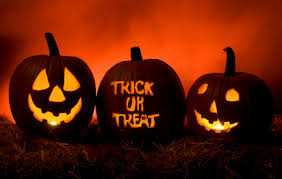 
Byomkesh has had more than his share of supernatural encounters from a specter client in the "The Phantom Client" to a man who is being haunted by a 20 feet tall ghost in  "Byomkesh and Barada". Over the course of the Bengali Detective's career, Byomkesh has managed to have himself embroiled in the most bizarre and obscure murders like the one in "The Death of Amrito", where young Amrito is shot dead, after he claims to have seen a ghostly horse. So, get the most comfy quilt, make yourself a cup of tea and dig into the world of Byomkesh Bakshi mysteries.

But, if you are not in the mood for some Bengali delicacy  then may I suggest something from the grand master of mystery, John Dickson Carr's The Plague Court Murders.

They hired a psychic to exorcise the Plague court ghost in an old decaying mansion, but this was not an ordinary ghost. Hardly. It was a malevolent soul waiting to exchange a weak brain for its own. The undeterred exorcist, locks himself in a small stone house which has solid stone walls on four sides, a wooden door, locked from both inside and outside, its windows barred and with no secret entrances. Soon the poor man is found brutally murdered. And the murder weapon? no ordinary one. It was the ancient knife which was the property of the Plague Court ghost. 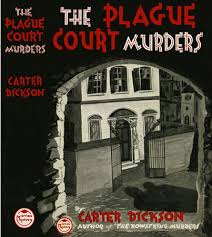 This case is perhaps the most scariest and famous in all detective fiction. It's about a man and a very very scary dog The Hound of the Baskervilles

Many years ago Hugo Baskerville had committed an atrocious and deplorable sin for which he was aptly punished but the punishment did not stop there, a terrible curse was put on the Baskervilles which has plagued them for generations. A Hell hound, a beast that is so frightful that the mere act of looking at it causes unimaginable horror to its victims. Legend says that the beast is a bloodhound which can track its victim from one end of the moor to another, it is as big as a lion and as vicious as a pack of wolves, it has great big flaming eyes which can conjure the fires from hell itself.

A descendant of the Baskervilles, the amiable and benevolent Sir Charles Baskerville, takes up his abode at the Baskerville hall. He acts as a benefactor to the village people and makes a lot of friends in the community but always in the back of his mind are the moors and that hell hound. One fateful night Sir Charles ventures in the desolate moor and is found the next day, dead. His face contorted in a ghastly expression and his footprints on the moor suggest that he had been running from something, Nearby, Mortimer(a friend of Charles) discovers footprints of a gigantic hound! 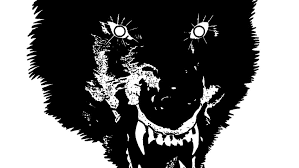 Not scary enough, well I can guarantee that the next one will blow your socks off. Any Carr book has its fair share of scares, but this one takes the cake. Witches, poisoners, people walking through walls, locked room murders and ghosts!

Mr Miles Despard is murdered in his own home. Mrs Henderson, the maid, claims that while the house was empty and Miles was in his room, she saw the silhouette of a woman standing over his bed, giving him a drink and then disappearing through a door which was not there. Mrs Henderson could not make out who this women was but she did describe the dress that she was wearing, she was wearing the dress worn by Madame de Brinvilliers, the french serial killer who poisoned tens of people and then was caught by an ancestor of the Despards. In 1676, she was guillotined and then burnt at the stake.

There was another detail about the enigmatic visitor that Mrs Henderson missed but later recited, she felt that the neck of the woman wasn't properly "fastened"! Despards think that Brinvilliers has come to take revenge. 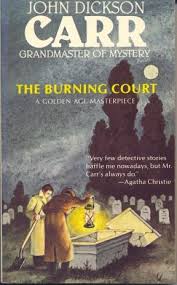 Still not in the Halloween mood? Then the next book suggestion will surely catch your undivided attention. It is not a mystery but as good as any. The Legend inspired by Vlad the Impaler, Bram Stoker's Dracula. I remember reading this many years ago but the thought of the nefarious tale still sends shivers down my spine. I still have the leather bound gothic novel with me and just looking at the cover sends me back to the times of Jonathan, his wife Mina, Van Helsing and of course Count Dracula. The thought of getting trapped in a castle in some unknown part of Transylvania with a Vampire will always be perpetually terrifying. 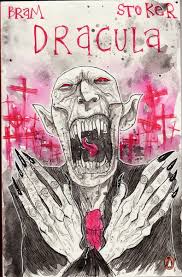