The Last of the President's Men by Bob Woodward

Bob Woodward along with Carl Bernstein helped uncover the Watergate scandal. They co-authored the famous book "All the President's men". Bob Woodward has won two Pulitzer awards for his work in investigative journalism. To be honest, I have no particular interest in Bob Woodward but I do find the man that he bought down fascinating, Richard Nixon, 37th president of the USA. My interest in Nixon piqued while doing my study on the 1971 India Pakistan War over the freedom of East Pakistan, now commonly known as Bangladesh. A couple of years back I read and reviewed the fascinating book "The Blood Telegram", which goes into explicit details of how Nixon, Kissinger and America supported the genocide of the Hindu minority in Bangladesh perpetrated by the evil Pakistani military dictator Yahya Khan, a close friend of Nixon. Since then I found Nixon to be an intriguing enigma albeit an immoral one, which the most interesting ones always are. Finally with this book I had a chance to find out more about Nixon and his administration.

The book, a short one, hardly 180 pages, takes us through the life and times of Nixon while he is in office as President. We see Nixon's presidency through the eyes of Alex Butterfield, a top aide of Nixon. In early meetings Alex sees Nixon as cold, distant and awkward. The two of them have a shaky relationship at the start which is largely due to the distrustful nature of Nixon, a fact corroborated by other sources. Nixon and Butterfield eventually warmed up to each other and maintained a distant but working relationship, although Butterfield could never let go of the initial insults that he was subjected to. Later he helped bring down Nixon and his administration. 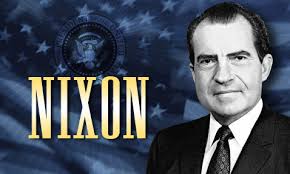 Nixon is portrayed as a lonely, paranoid and awkward person. He is disrespectful to his wife, his subordinates and has a short fuse. Without his media managers and support staff he comes across as a clueless and pathetic personality, who could have won two elections in America only through his brilliant campaign managers. Some people might even call Nixon a hermit after reading about his aversion to people. He deliberately tries and avoid meeting people, especially new ones.

Butterfield through Woodward describes an incidence where Nixon makes a pass at a young secretary on the president's helicopter, Nixon makes an overt pass in front of the staff and makes everyone uncomfortable including the girl who he is infatuated with. Few months later the girl dies of a heart attack, thus the mystery of their affair was never brought to light.

Henry Kissinger, who was secretary of state during the Nixon era has very little role in the book. He is another fascinating personality who has been thrashed by several intellectuals and political commentators for his role in several conflicts, but that is a story for another day.

The real meat of the book is the taping system that Nixon installed in the Oval office and few other areas in the White House. Lots of presidents had taping systems, what differentiated the one that Nixon got installed was that it was voice activated. Butterfield was the one who in 1973, admitted in front of a televised Watergate hearing about the White House tapes. From there on, no one could stop the downward spiral of Nixon, he later had to resign from his presidency when he was accused of being behind the Watergate scandal(abuse of power by Nixon's administration, like harassing officials and bugging the offices of his opponents) and was asked to release tapes which would implicate him. Nixon would have been behind bars had it not been for Gerald Ford, VP who ascended to become the President, who pardoned him.

I absolutely loved the book, it took me back to something which I had been curious about for a long time and gave me more text around Nixon and his shenanigans. It's brilliantly edited and you can pretty much finish the entire book in 2-3 sittings.